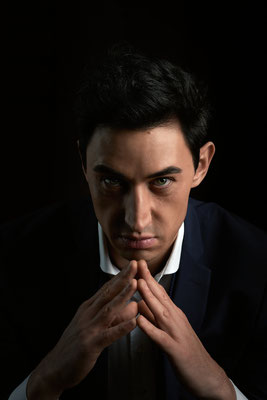 Born in Poland, Kacper Nowak began playing the cello at the age of eight. A year later, he was

Poznan, in the class of Danuta Taczanowska. After having won several national and international

competitions, he became a member of the National Foundation for Gifted Children.

In 2014 Kacper obtained his

master’s degree and was awarded the Oranjebeurs scholarship from the Netherlands.

From September 2014 until September 2017, Kacper was studying at the Queen Elisabeth Music Chapel in Belgium,

under the direction of Gary Hoffman where he received a full scholarship by Haas-Teichen.

wins the first prize and the public prize at I Solisti competition in Belgium.

on the piano, where they perform sonatas by J.Brahms, B. Martinu and A. Schnittke, the CD is

nominated as one of the 5 best cello recordings of the year by Cello Society in NYC.

In January of the following year, he wins « Supernova Classics competition » with Urban Piano Quartet, of which he is the founding member. The competition offers a CD recording, released on March 1st 2021, under the Etcetera Records label, and a concert tour in prestigious halls.

In May 2019, Kacper wins the first prize in the solo category of the « International

Competition of Madrid » and in January 2020, he wins with Urban Piano Quartet « Nordic Strings

During the same year, he wins the Gold Medal at « Vienna International Music Competition » and

joins « L’Ensemble K » composed of French-Belgian soloists. With this same group, he records a CD officially released on January 15th 2021 and  supported financially and artistically by the brand Cartier ®.